There’s no logical pattern to when PTSD symptoms will hit me, but I can usually tell when depression is on its way over. I try to ignore it, but like a socially awkward friend that just doesn’t read body language, it just keeps creeping over to say “hello”.

So here I am, lonely but constantly with my daughter whom I am responsible for caring for while my wife is out of the country. Not impossible, but spending time with her does not abate nor negate the loneliness I feel. The nagging feeling that I’m doing it all wrong: that I’m not doing enough work to stay employed, that I’m not spending enough time making quality memories for my daughter. That she’s seeing me in tears more often than I’d like, and that she’s not crying half as much as I am and what kind of man cries more than a 4-year-old girl every day, and how can I be honest with her that I’m sad for me and happy for Mommy at the same time and no, she won’t be able to join us for dinner because she’s touring a famous crystal factory in Ireland and I miss her, too, sweet pea.

Depression makes me relive all those feelings and conversations at the same time, all jumbled together and without regard to reasonable rest times between rounds, or where I am at the moment. On the phone with my folks wishing me happy birthday? Bam! Can’t speak, eyes are leaking. Ordering a sandwich at Chick-fil-A? I’m sure the nervous teenager won’t mind that I’m crying as I add a large lemonade. Some work needs to get done because people are counting on me, but typing from the fetal position is a challenge, I tell ya.

So depression sucks. It’s sneaky, but not necessarily unanticipated; it’s like a fight that is planned in advanced, but the date keeps shifting so you’re never really rest for it. The fighters prepare as best they can, but even seasoned fighters will tell you plans change when you take that first hit. Well I’ve been getting beat up for three days and it’s time to fight back as best as I can: more meds, more focus, more snuggles, more coffee, more playtime, tea time, and doll time. I may not win the fight this time, but I’ll keep swinging as best as I can. If I’m alive after, I can count that as a win.

The theme of Missions Sunday at Memorial Road Church of Christ this year is “From Our Town to the World”, which celebrates missions locally and globally.  The theme song is “Go Light Your World”, which is a great song to set our minds on.  I was able to shoot some video from our worship service this morning, along with some of the project we worked on – preparing care packages for our missionaries.

You can check out some of the video below, and view the others at www.qik.com/morganestes.

We’ve been driving around parts of Panama City the past week and a half during our off time, mostly around Albrook and Balboa areas.  It’s been weird knowing that I’ve been here before, but not really the same areas.

Until this past Saturday.

See, this is the first country, really the first city, I’ve been to as a civilian that I once spent time in while I was in the Navy.  I knew some of the area was familiar, but in that general “yeah, this seems familiar” kind of way.  Driving through a part of Balboa, it hit me:  I’ve been THERE before.  I recognized the little shopping area where I bought a hummingbird carved from a nut, and where I bought a painting that still hangs on our wall at home.  I even drove by (a couple of times now) the McDonalds that we all ate at, and that I ordered an “hamburgesa sin carne” (hamburger without meat, for a vegetarian friend).  I’m going to see the Panama Canal this coming Saturday as a tourist.  The last time I saw it, I was in the middle of it on “el barco blanco” – the USNS Stalwart (T-AGOS 1).

I am a changed man since I was here last, so my feelings aren’t coming back like I want to re-live those days, but man, it’s a strange feeling some time.  I’m glad I can remember some of the past and see the difference in my life now, and sometimes I’m glad that I don’t have memories of other things.  But the truth is, I have more than enough, and don’t always want the ones I have.

The main point is, this to me is proof that you can begin again.  I’m in the same place physically, but a totally different place spiritually.  I can have good memories and not get caught up in bad ones.  I can be thankful that I’ve had the opportunity to travel all over the world, serving my country in one life, and serving God in another.

Wonder what’ll come up next?  I’m excited to find out myself.

Wednesday nights at church have been pretty interesting the past month or so.  I’ve been part of a class for parents and educators of children with ADD/ADHD.  I’m neither, but it seems like a perfect fit for me since I’ve been living with ADD for over 20 years now.  In fact, just getting to the class was the result of ADD.

Each quarter, MRCC has a varied selection of classes, many of which I am interested in attending.  This time, there were three that seemed like winners for me, but I settled on studying Leviticus.  The first Wednesday of the quarter, I started heading to class but before I did, decided to look at the class listings one last time.  A class on the book unChristian had been on my mind earlier, and my mind said “hey, let’s go to that one!”  Yes, my mind often talks to me.  Heading to class, I passed by the classroom where “Marching to the Beat of a Different Drum” was being watched and discussed.  My ADD mind led me right there.  Too many decision opportunities presented themselves and that’s what happens most time, I just randomly pick one.  Fortunately for me, those decisions seem to work most of the time; when they don’t, I can give it another try.

This ended up being great for me, and I think for others in the class.  I’m not necessarily whom the class was for, but I think I’m bringing to the table a look at what an adult who grew up with ADD looks like, struggles and victories alike.  So the whole point is this: ADD is something that’s challenging, but usually ends up being a blessing in various disguises.  How about you, have you had ADD moments like this that ended up being great?  Let me know in the comments below. 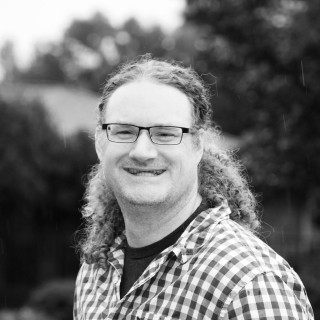